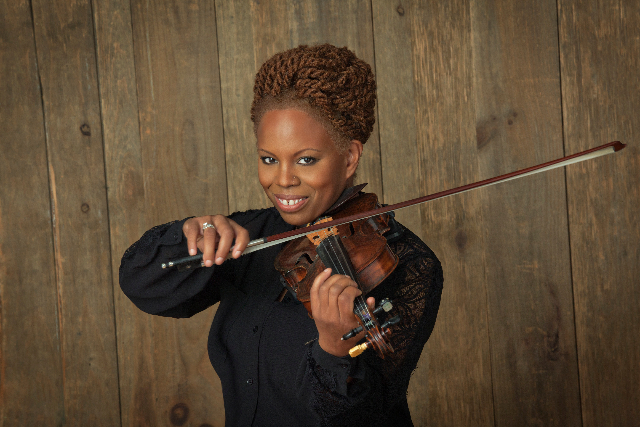 The wonder of music is its ability to combine creativity, passion and history into one collective sound. Jazz violinist Regina Carter showcases this phenomenon in her latest album, Southern Comfort, which explores and honors popular music during her grandfather’s days as a coalminer in Alabama.

“What’s so cool about Regina’s project is that it is a very different kind of music from the [traditional] jazz she’s famous for,” Roth said. “It is ‘roots’ music in the most authentic sense of the word. She’s exploring music that her grandparents knew when they were growing up in the Deep South, but she makes it [modern and] her own.”

White said she is excited to discuss Carter’s creative process — namely, how Carter turned her exploration of race, culture and class into sound.

“Students don’t have to know anything about jazz or [traditional folk music] to understand and enjoy [Carter’s music],” White said. “There’s always a sense that [Carter] and her violin are engaging in a very contemporary moment. There is some atavistic memory that comes forth when you experience [her music].”

To compose the historically rich project, Carter joined ancestry.com to reach her relatives all over the nation. Together, they exchanged stories about Carter’s grandfather and pieced together his life.

Carter also listened to field recordings from her grandfather’s time, mainly of solo voices singing traditional folk songs. She found such recordings on the internet and in the Lomax and John Work III collections from the Library of Congress.

Carter said that she easily found an artistic connection with the recordings, which all arrangements from Southern Comfort are based on.

“In a way, it was easier to make arrangements around those recordings,” Carter said. “There’s very limited information [presented], so I could really act [musically] upon whatever I felt or heard. But, the main thing for me was to stay true to the [original melodies of the historic recordings] and not take away from the beauty that was already there.”

“[My band and I are] approaching this music and bringing to it our experiences,” Carter said. “You hear our experiences, but you also hear melodies from [my grandfather’s] time period.”

Each show will be a unique experience, as Carter will still implement jazz improvisational styles within her performance.

“With Southern Comfort, [improvisation] comes from knowing where this [folk] music comes from and from having heard a lot of music from that era,” Carter said. “[My band and I] are also inspired by each other on stage because, really, what’s going on is we’re having a conversation with one another.”

Overall, the project documents a myriad of memories from Carter’s time spent with her grandparents, to songs she remembers being lulled to sleep to. Regina said that Southern Comfort is a medley of narratives that ultimately shares with listeners a huge part of her heritage and identity.

“If you just heard the music by itself, it might not be a story,” Carter said. “But when we play live, I tell stories in between, which paints a picture [for attendees]. That’s my goal: that the music, in the end, paints a picture and hopefully inspires other people to discover their own ancestry.”